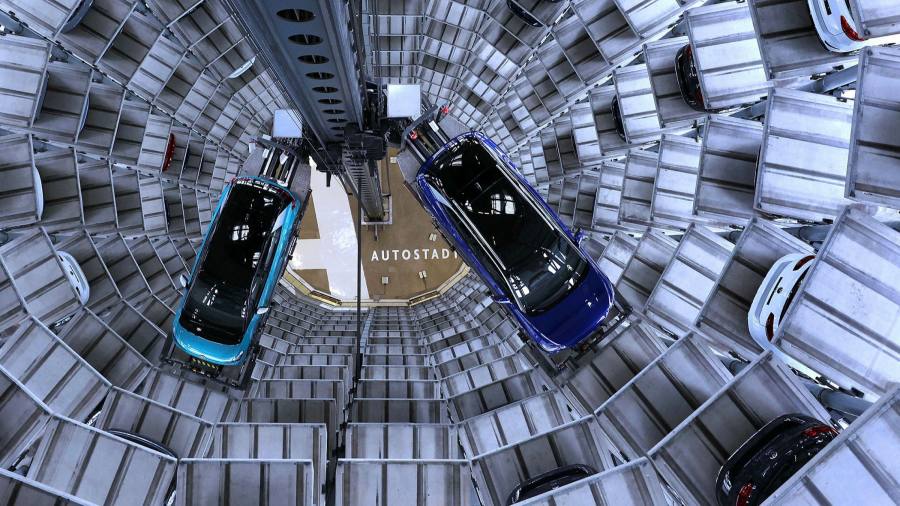 Carmakers are preparing to weather more gruelling months of microchip shortages as executives warn that supply is unlikely to meet demand until at least the second half of the year.

The auto industry is suffering from a shortage of microchips as a faster than expected recovery in demand for cars meets a supply chain already struggling to keep pace with the lockdown boom in consumer electronics.

As the demand for chips, used to power everything from parking sensors to airbags, has soared, carmakers have found themselves behind other sectors in the queue.

Jacques Aschenbroich, the chief executive of Valeo, one of the world’s largest car parts suppliers, told the Financial Times that the global microchip shortage was likely to last until at least the summer.

“The second quarter is going to be difficult . . . There should be a recovery in the second half of the year. That’s what the entire industry is thinking about,” said Aschenbroich, who has run Valeo since 2009.

Volkswagen, the world’s second-largest carmaker by volume, warned weeks ago that it would build 100,000 fewer cars in the first three months of 2021 owing to the bottlenecks.

The shortages at the German group are now likely to last into the second half of the year, and the lost production is now too large to be made up before the end of the year, according to a person close to the company.

Continental, Germany’s largest listed car supplier, told the FT that owing to lead times in the semiconductor industry, chip stocks were unlikely to be fully replenished until the second half of 2021.

France’s Renault has also warned that the shortages are likely to peak in the coming months, before conditions get better in the third quarter — it expects to build 100,000 fewer cars this year as a result, saying it would try to keep the damage to a minimum.

Data provider IHS Markit estimates that the chip drought will see the production of 1m cars delayed in the first quarter — out of a total annual production volume of about 84.6m. Aschenbroich, unlike some executives, thinks that kind of volume could still be made up in the second half of the year.

The sudden shortage of chips, which began late last year, has also raised questions about the “just in time” supply chains that underpin the industry. Valeo produces 8m products a day, using 2bn parts that flow in and out of its factories every day.

Meanwhile, manufacturers such as Renault and VW work on much shorter lead times than do the chipmakers when planning production volumes. Some critics also said car suppliers were slow to respond when demand started to increase last year.

But Aschenbroich defended the overall model, saying that throwing it out after one crisis would be unwise: “You have the equivalent of a 100-year-old flood hitting the sector . . . Does that have to call into question the whole supply chain? I do not believe so.”

While he said the question of different lead times would have to be addressed, “we should not say the whole supply chain will change and we will become a sector with large stocks again”.

Aschenbroich said the wider supply chain had held up well during the pandemic, noting that Valeo was only monitoring 40 or so suppliers it deemed to be vulnerable — a number that hasn’t changed substantially since before the pandemic.

However, he added that plentiful government aid has been crucial to keeping companies afloat — something that could change in the coming months.