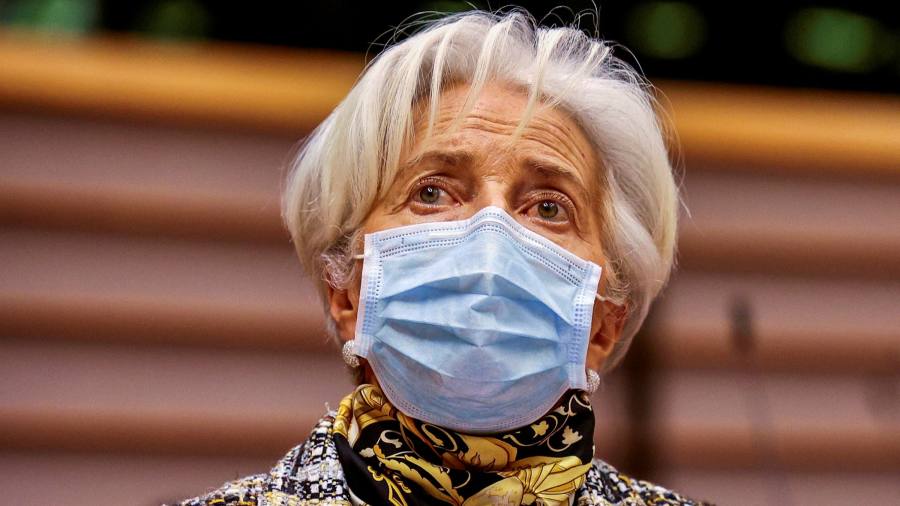 European Central Bank policymakers have said growth and inflation in the eurozone are more likely to overshoot expectations, setting up a debate over whether the brightening outlook means it should slow the pace of its bond-buying.

At the ECB’s last monetary policy meeting in April, some members of its governing council said risks to economic activity and medium-term inflation expectations had become more “tilted to the upside”, according to minutes of the discussion published on Friday.

While most council members agreed there were still downside risks to the eurozone’s short-term growth outlook, they pointed to “encouraging” signs from the recent rebound in global demand, the boost from the US fiscal stimulus, and the faster pace of Covid-19 vaccinations in Europe.

“Against this background, it was generally felt that risks to activity had become more balanced over the medium-term horizon, with a view also being expressed that they were now marginally tilted to the upside,” the ECB said.

Although the council recognised that price pressures “generally remained subdued”, it said that “while the policy-relevant medium-term inflation outlook was broadly unchanged from the March meeting, risks to this outlook could be assessed as tilted to the upside”.

Underlining how the ECB has become more confident that the coronavirus pandemic in Europe is coming under control, its president Christine Lagarde plans to invite her fellow council members to meet in person next month for the first time in more than a year.

There is an intensifying debate inside the ECB about whether to slow its emergency bond purchases at the next monetary policy meeting on June 10, when the central bank is also expected to raise forecasts for growth and inflation for the next few years.

Eurozone inflation has rebounded this year, climbing to 1.6 per cent in April, after turning negative late last year. The ECB has predicted that price growth will in 2021 exceed the central bank’s target of just below 2 per cent for the first time in more than two years, before fading to stay below the target in 2023.

The ECB in March decided to conduct bond purchases at a “significantly higher pace” in the second quarter to avoid the sell-off in bond markets prematurely undermining its pledge to maintain “favourable financing conditions” before a European recovery had taken hold.

Borrowing costs for eurozone member states have climbed to their highest level in nearly a year as a rebound in economic growth and inflationary pressures dimmed the appeal of government bonds. The GDP-weighted average 10-year bond yield in the bloc climbed to 0.21 per cent, the highest since June, although this is still low by historical standards.

The move has been largely driven by a rise in yields on ultra-safe German debt — it is now the only eurozone country to still have sub-zero yields on its 10-year sovereign bonds.

More worryingly for the ECB, the extra yield paid by the weaker eurozone members has also increased. Italy’s 10-year yield spread over German bonds stands at 1.15 percentage points, up from 0.91 percentage points in February when confidence was bolstered by Mario Draghi’s appointment as Italian prime minister.