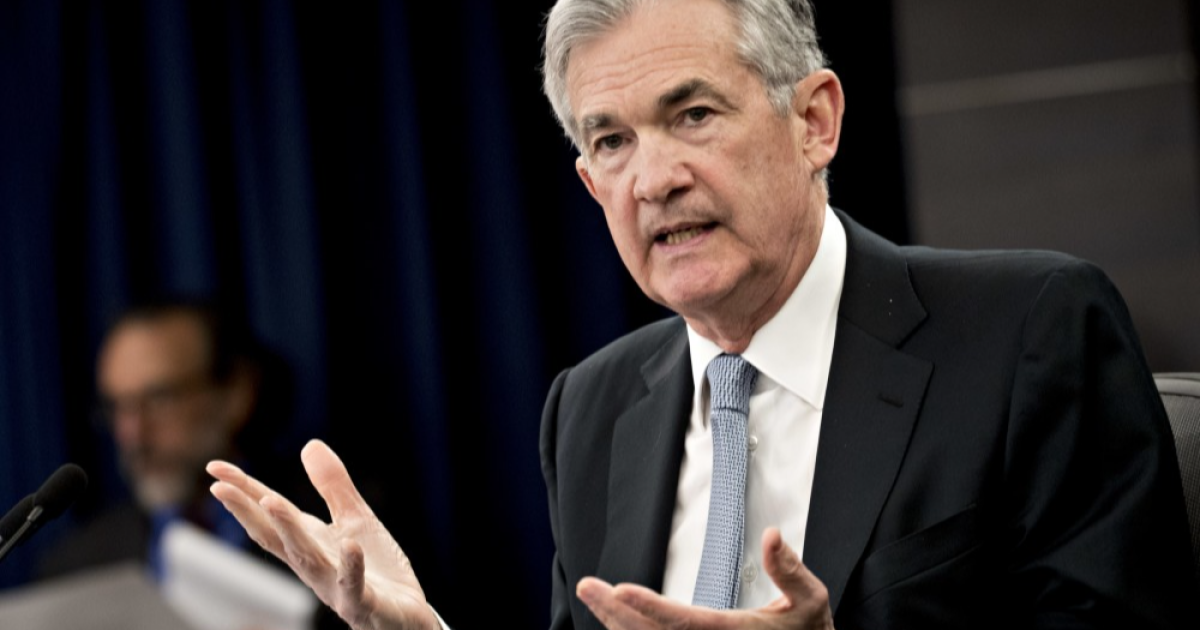 WASHINGTON — Federal Reserve Chair Jerome Powell said addressing climate change is relevant to its congressional mandate and that although the central bank is an independent agency, it has a duty to minimize risks to the financial system.

His remarks came Wednesday at a press conference after a meeting of the Federal Open Market Committee, and a day after the Fed announced it had formally joined the Network for Greening the Financial System — a global coalition of central bankers and regulators focused on mitigating climate risk on the financial sector.

“Climate change is an emerging risk to financial institutions, the financial system and the economy, and we are, as so many others are, in the very early stages of understanding what that means, what needs to be done about it and by whom,” Powell said.

The Fed in recent months has been more upfront in addressing the risk that global warming poses to the banking system, highlighting it as a financial stability concern for the first time in November.

But its moves to address climate change have been met with pushback, particularly from Republican lawmakers who have expressed concern that there is a lack of data that demonstrates how warming temperatures would affect the financial system, and that the Fed’s incorporating climate-risk analysis into its supervisory framework would shut out some companies from obtaining banking services.

A group of 47 congressional Republicans urged Powell and Vice Chair for Supervision Randal Quarles in a Dec. 9 letter to carefully evaluate whether it should account for climate risk as part of its supervision regime.

“Politicizing access to capital and choking off funding to industries that
millions of Americans rely on is unacceptable, especially in times of economic and financial uncertainty,” read the letter, which was signed by a number of prominent Republicans on the House Financial Services Committee, including Reps. Andy Barr of Kentucky and Blaine Luetkemeyer of Missouri.

Powell on Wednesday emphasized that the Fed is a “nonpolitical agency,” but said that it also has a directive to insulate the financial system from emerging risks.

“We’re not the forum where all the great issues of the day are to be hashed out debated and addressed, unless and only to the extent that those issues are directly relevant to our statutory goals and are addressable through our legal authorities,” he said. “Climate change is nonetheless relevant to our existing mandates under the law.”

But Powell added that that Fed wouldn’t rush to make any abrupt climate-related changes to its supervision and regulation.

“I think there’s work to be done to understand the connection between climate change and the strength and resilience of financial markets and financial institutions,” he said. “I think that work is in its early days, and again, we’ll be careful, we’ll be thorough and transparent and engage with the public on all that.”

Powell also said he has met with President-elect Joe Biden’s transition team and has spoken with Janet Yellen, a former Fed chair and Biden’s nominee to serve as Treasury Secretary, although only to congratulate her.

“I did work very closely with her for five years before she left, and I’ve stayed in touch,” he said. “But I have not discussed policy with her, and I’m not going to do that until she’s confirmed.”

That includes whether Yellen would authorize more support for the Fed’s emergency lending programs, most of which will shut down at the end of this year after Treasury Secretary Steven Mnuchin requested that the Fed return unused funds appropriated by Congress to backstop several of its facilities.

After the Fed initially resisted, saying it preferred “that the full suite of emergency facilities established during the coronavirus pandemic continue to serve their important role,” Powell later relented and said in a letter to Mnuchin that the central bank would return the money.

But Powell would not say if he would work with Yellen to either restart or establish new emergency lending facilities once she is confirmed.

“We do not have any plans for the future about this,” he said. “We’re very focused on getting through yearend. We’ve been very focused on the issues that are right in front of us and honestly, we’re not planning on anything or having any discussions about what we might do down the road.”