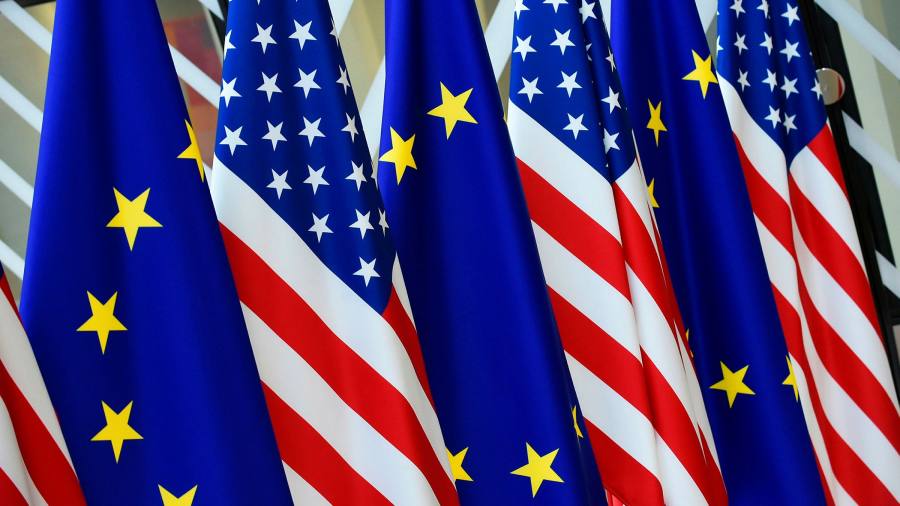 Exclusive: The EU will call on the US to seize an opportunity to forge a new global alliance, in a pitch to bury the tensions of the Trump era and meet the “strategic challenge” posed by China, according to a draft plan seen by the Financial Times.

The paper, prepared by the European Commission, proposes co-operation on everything from digital regulation and tackling the Covid-19 pandemic to fighting deforestation.

The 11-page set of policy proposals, entitled “a new EU-US agenda for global change”, includes an appeal for Brussels and Washington to bury the hatchet on persistent sources of transatlantic tension, such as Europe’s push for greater taxation of US tech companies.

Brussels is also seeking to pass laws allowing regulators to stop fast-growing tech companies before they are able to achieve the kind of market dominance enjoyed by Google and Facebook, said Margrethe Vestager, the bloc’s competition chief.

Telecoms companies have sought to remove regulatory barriers to help them meet increased demands during lockdowns. Read more from the FT’s Future of Telecommunications series. (FT)

Exclusive: Brussels delays UK motorists insurance ‘green cards’ The European Commission is withholding a decision that would require British motorists to carry a proof-of-insurance document when travelling to Europe after the end of the Brexit transition period — leaving the issue hanging over EU-UK trade talks. (FT)

France probes police beating black man Three police officers who were filmed beating a black music producer during an arrest have been placed under investigation, putting pressure on the government to backtrack on a draft law that would restrict publishing images of police in action. (FT)

Arcadia on the brink of collapse Philip Green’s Arcadia is expected to enter administration, possibly as soon as Monday. The group’s pension deficit, estimated to be as much as £350m, could mean members under the scheme’s normal retirement age risk losing 10 per cent of their benefits. UK tax authorities could also miss out on substantial revenue. (FT)

UK to ban Huawei 5G The UK will ban the installation of new Huawei equipment in 5G telecoms networks from September 2021 in a significant toughening of the government’s strategy to remove the Chinese manufacturer from critical infrastructure. (FT)

Who do you think are the most influential women of 2020? Share your suggestions in the comments here, as well as your description of what their impact has been, and we will publish a selection on FT.com next week alongside FT editors’ own choices.

Economic indicators China’s purchasing managers’ index report will give the first official reading of the economy’s momentum in November. Japan has production and retail sales data the same day. (FT)

Opec-Russia talks Opec members will meet Russia for a two-day summit against the backdrop of a month-long oil rally. (FT)

EU finance ministers meet The eurogroup of finance ministers will attempt to strike a deal aimed at bolstering the single currency area’s banking sector by agreeing on the early implementation of a long-awaited backstop to its bank resolution fund. (FT)

Zoom earnings The company is set to report its third-quarter results. (FT)

Canada’s fiscal update Justin Trudeau will present a fiscal update and is expected to unveil another round of spending to boost economic recovery and tackle the second wave of the pandemic. (FT)

Georgia’s presidency-defining races Georgia was not only the narrowest of swing states in the presidential election, but in January will also determine which party controls the US Senate — and with it, the nature of Joe Biden’s presidency. (FT)

Wakefield green lights Sunak’s spending review In the pro-Brexit city of Wakefield, residents are keen to see Rishi Sunak deliver on his £4bn promise to “improve the infrastructure of everyday life” despite the Covid-19 economic squeeze. The UK should avoid a premature tightening of fiscal policy, writes Martin Wolf. (FT)

Will Australia’s ‘hydrogen road’ to Japan cut emissions? With global warming focusing minds in Australia, where climate policy has brought down governments, a joint Canberra-Tokyo effort is seeking to create a cost-effective supply chain for an elusive source of clean energy. (FT)

Make the most of choosing where to work Control of the pandemic should free employers and employees to choose where and how certain tasks are done, writes Andrew Hill. That could be the difference between inefficient rigidity and productive flexibility. (FT)

Podcast of the day

A Second Language is a Marketable Skill. Here’s How to Make Money With It

A Second Language is a Marketable Skill. Here’s How to Make...

A Second Language is a Marketable Skill. Here’s How to Make...

The Property Line: Biden Housing Plans Include Down Payment Help –...