We’re more than three-quarters of the way through the Q3 Earnings Season for the Gold Juniors Index (GDXJ) and Roxgold (OTCQX:ROGFF) was one of the first companies to report its results. The African mid-tier producer delivered another solid quarter with 33,600~ ounces of gold produced, but costs rose sharply in Q3. This might be alarming to some investors, but several headwinds contributed to the increase, making it look like an uglier quarter than it was. Besides, all-in sustaining cost margins per ounce hit a record high, with the gold price (GLD) offsetting the increased costs. I continue to see the company as a Hold given its industry-leading organic growth profile, and I would expect pullbacks below US$1.10 to provide buying opportunities. All figures are in US dollars. 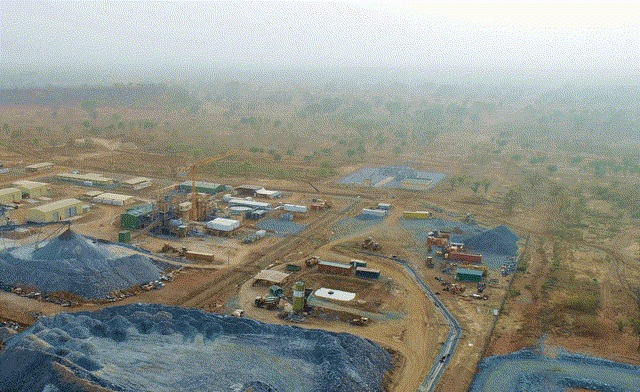 Roxgold released its Q3 results last week and reported quarterly gold production of 33,600~ ounces, a marginal increase from the 33,000~ ounces produced in the year-ago quarter. This has placed the company in a comfortable position to beat its FY2020 guidance midpoint of 125,000 ounces, with over 98,700~ ounces produced year-to-date. Unfortunately, costs have elevated the solid year overall from an output standpoint, with all-in sustaining soaring to a new two-year high of $1,095/oz in Q3. This translates to a 31% increase from the year-ago quarter (Q3 2019: $834/oz), a significant headwind to margins in the quarter. Let’s take a closer look at the Q3 results below:

As shown in the chart above, it was another average quarter for gold production from Roxgold. The company has consistently produced between 30,000~ and 33,000~ and 34,500~ ounces over the past seven quarters except for a record quarter in Q4 2019. This is a little disappointing, though, as throughput has continued to come in more than 20% above nameplate capacity, increasing from 107,000~ tonnes to 131,000~ tonnes in the same period. The issue that’s weighing down gold production is not gold recoveries but grades, with head grades steadily trending lower since Q1 2019. This is not helped by COVID-19, as mine productivity remains lower with reduced crew sizes, social distancing measures, and the need to disinfect mine areas frequently.

As we can see above, head grades (yellow points) were down yet again sequentially, with Q3 grades coming in at 7.70 grams per tonne gold. This resulted from having to process lower-grade stockpiled material once again in the quarter, with mined tonnes down considerably from the same period last year. As noted earlier, this was due to reduced personnel operating at Yaramoko, which led to 36,200~ tonnes of material at 3.1 grams per tonne gold processed to supplement the mined ore. This was well below the grades of the 55 Zone (9.9 grams per tonne gold) and Bagassi South (7.1 grams per tonne gold). There’s still no concrete visibility into when mining will return to more normal levels, so I would expect head grades to remain a headwind going forward. However, it’s important to note that throughput is picking up the slack, and Roxgold continues to track ahead of guidance despite these issues.

While quarterly gold production came in near expected levels, all-in sustaining costs soared as noted earlier, with costs coming in at $1,095/oz. This is certainly not ideal, but it’s important to note that this was a very unusual quarter for Roxgold, with costs impacted by three separate headwinds:

When combining all three of these headwinds, costs were nearly 10% higher than they should have been, with a $105/oz total headwind. If we adjust for these issues, costs would have otherwise come in at $990/oz, which, while high, is much more reasonable than the $1,095/oz reported in Q3. Going forward, we should see a slight improvement in costs as Bagassi South decline development is now complete as of Q3. It’s worth noting that Q4 should be a great quarter from a cost standpoint, with a tailwind from the extra 3,320 ounces likely to be sold in addition to any ounces produced in the quarter. 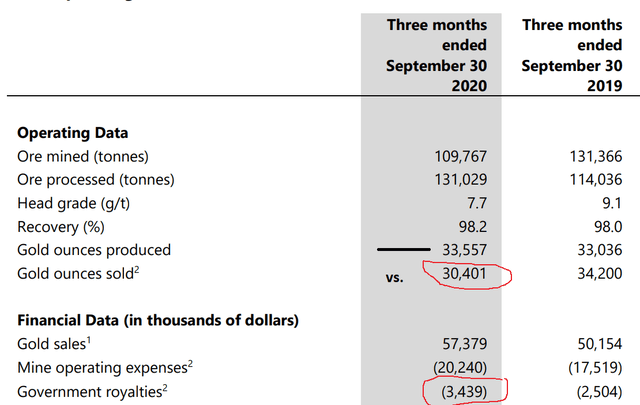 Fortunately, while costs were up in Q3, all-in sustaining cost margins hit a new high of $792/oz thanks to near-record gold prices. This higher gold price of $1,887/oz (Q3 2019: $1,481/oz) more than offset the increase in costs, with margins rising by 22% year over year. As shown, quarterly revenue did not hit a new high in the quarter, but this is due to the lower gold sales due to the timing of shipments. Regardless of this not being a record quarter for sales, the company still managed to grow sales by 14% year over year despite COVID-19 weighing on operations.

Finally, operating cash flow came in at $28.2 million in the quarter, and trailing-twelve-month cash flow is now sitting at $117.5 million. This leaves Roxgold trading less than 4x operating cash flow, based on a $465~ million market cap. Meanwhile, the stock is also trading barely 2x trailing-twelve-month revenue, with revenue of $227.8 million vs. its market cap of $465 million. Therefore, while the lack of production growth despite record throughput is disappointing, and it wasn’t a great quarter by any means, the valuation here remains reasonable.

The last piece of good news worth mentioning when it comes to Roxgold’s flagship Yaramoko Mine is that we saw a reserve upgrade released with the Q3 report. As shown below, gold reserves increased to 710,000 ounces at 7.0 grams per tonne gold vs. 658,000 ounces at 8.24 grams per tonne gold in December 2018. This is quite impressive as the company has increased its gold reserves by 8% despite mining over 208,000 ounces in the period. While grades are certainly lower, these are still very respectable grades for an underground mining operation. Based on the company’s current production profile, this has confirmed that we have a minimum of five years of mine life left at Yaramoko, assuming no further reserve growth.

So, what’s so special about a single-asset African gold producer? Aren’t there others like Galiano Gold (GAU) and Golden Star (GSS) trading at reasonable valuations as well?

While single-asset African gold producers are certainly not the most favorable names to park in one’s portfolio due to their risks, Roxgold differentiates itself from its peers. This is because the company has a long track record of operational excellence, and it’s fast-tracking the Seguela Project, a game-changer for the company. As discussed in prior articles, the Cote d’Ivoire project has the potential to double Roxgold’s production within 30 months, assuming a positive construction decision next year. The initial Preliminary Economic Assessment has outlined the potential for 143,000 ounces of gold production over the first three years and 108,000 ounces over the mine life.

However, continued drilling success from bonanza-grade deposits like Koula and Ancien could beef up the production profile to closer to 155,000 ounces in Years 1 through 4. Therefore, while Roxgold might look close to fairly valued as a 130,000-ounce producer, it’s important to note that it could be a 270,000-ounce producer in FY2023. Assuming a conservative gold price of $1,725/oz, Roxgold would be trading at less than 1x sales with up to $466~ million in revenue vs. its current market cap of $465 million.

Besides, Seguela is accretive to margins as a high-grade open-pit project with costs expected to come in below $750/oz. This is about $150/oz better than Yaramoko in a good year, so Roxgold can not only double production, but also do it at better costs than its current operations. More importantly, the company currently has roughly $56~ million in cash and gold and should have over $100 million in cash by the end of Q2 2021. Therefore, funding Seguela’s initial capex of $145~ million to $160~ million shouldn’t be an issue and can be done with debt of $100 million or less. Current estimates are $142 million to build Seguela, but I have gone slightly higher to be conservative. 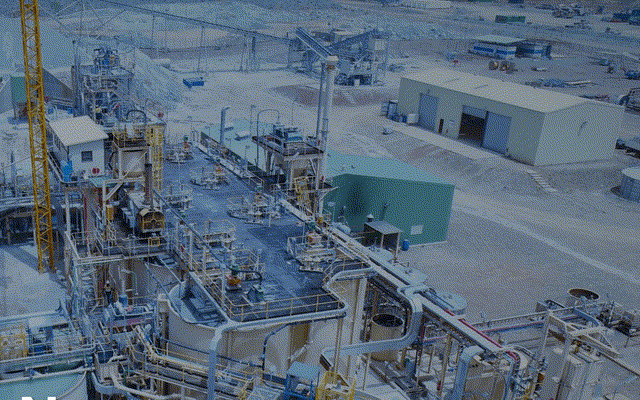 It’s easy to be negative on Roxgold after a high-cost quarter with a revenue miss, but it’s important to note that this quarter was an anomaly affected by the timing of gold sales. It’s also important not to miss the forest for the trees, because Yaramoko is just one part of the Roxgold story here. In fact, I would argue Seguela is even more exciting, assuming the company gets all the necessary permits, as it could bring one of the most profitable undeveloped projects in the world online within 30 months. Based on the industry-leading organic growth potential and the ability to self-fund Seguela without share dilution, I continue to see Roxgold as a top-5 African gold producer. If we were to see any dips below US$1.10, I would view this as a low-risk buying opportunity.

Disclosure: I am/we are long GLD. I wrote this article myself, and it expresses my own opinions. I am not receiving compensation for it (other than from Seeking Alpha). I have no business relationship with any company whose stock is mentioned in this article.

Additional disclosure: Disclaimer: Taylor Dart is not a Registered Investment Advisor or Financial Planner. This writing is for informational purposes only. It does not constitute an offer to sell, a solicitation to buy, or a recommendation regarding any securities transaction. The information contained in this writing should not be construed as financial or investment advice on any subject matter. Taylor Dart expressly disclaims all liability in respect to actions taken based on any or all of the information on this writing.

So what does Friday bring us? – Marginal REVOLUTION