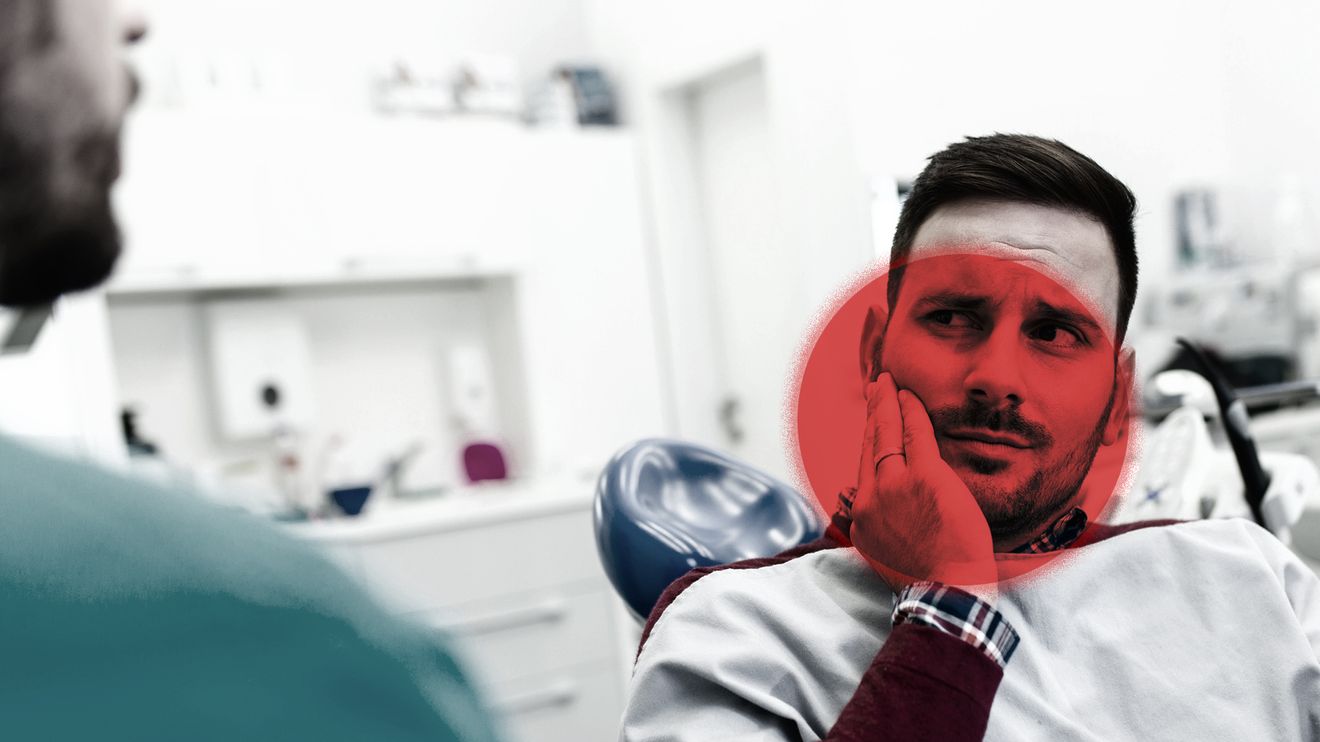 Americans are fighting through the coronavirus pandemic tooth and nail.

Since March, Americans have seen their family, work and home lives disrupted by the pandemic. The hardest hit have lost loves ones to COVID-19, lost their jobs, or lost their homes. Others have learned new routines around working from home, learning remotely and not seeing friends and family as often as they would like.

Even with early promising vaccine news, health experts have warned that it could be a year or more until daily life begins to return to normalcy. In the interim, many Americans are taking their anxiety, frustration, anger and stress out on their jaws and teeth.

“There’s effectively an epidemic of jaw muscle pain in the country right now because of COVID,” said Dr. Mark Drangsholt, chair of the Department of Oral Medicine at the University of Washington’s School of Dentistry.

It’s normal for him to see patients experiencing orofacial pain (pain the mouth and face), because one of the clinics where he works specializes in that problem. But since March, he said, it’s “been overrun with patient requests.”

“Every day now I get texts, phone calls, emails, from physicians, dentists, and patients trying to get into our clinics,” he said. “It’s hard to know what it’s directly related to, but there does seem to be a relationship between stressors.”

But like him, “they’re completely maxed out,” and cannot take on new patients now.

It’s been well-documented during the pandemic that people have suffered from poorer sleep quality as a result of heightened anxiety and depression. That tends to correspond with more intense teeth grinding and jaw clenching, a phenomenon referred to as bruxism, said Dr. Thomas Sollecito, a professor and chairman of the Department of Oral Medicine at the University of Pennsylvania’s Dental Medicine School.

“It’s the COVID stress that’s causing this bruxism,” he said. “You either take it out on your teeth or you take it out your jaw muscles.”

The consequences of bruxism can include mild to severe headaches, fracturing or breaking a tooth or a tooth filling, he said.

“
‘It’s the COVID stress that’s causing this bruxism. You either take it out on your teeth or you take it out your jaw muscles’
”


— Dr. Thomas Sollecito, a professor and chairman of the Department of Oral Medicine at the University of Pennsylvania’s Dental Medicine School

People frequently aren’t aware of the fact that they grind their teeth during the day, and even more people aren’t aware that they do so at night, which is why dentists often recommend patients wear mouthguards at night if they’re prone to grinding their teeth.

That important because “you can generate two to three times the maximal force you can during the day in the middle of the night,” Drangsholt said.

“It’s not that people suddenly start grinding their teeth when they’re stressed,” said Dr. Romesh Nalliah, associate dean for patient services at the University of Michigan School of Dentistry. “It’s usually that they have an underlying habit that’s minor and then when they’re stressed it becomes more severe and it starts affecting their life in different ways.”

In many instances, people’s muscles become accustomed to frequent teeth grinding, he said. “It’s when some balance is upset, like there’s a huge increase in stress or something like that, that that pushes it further, then people start noticing the signs and symptoms.”

On top of the stress that people were experiencing as a result of the pandemic, the presidential election was on the minds of many of the patients Dr. Sherwin Arman, director of the Orofacial Pain Program at the University of California, Los Angeles, saw over the past six months.

“In our clinic we definitely saw jaw pain and reports of bruxism both during the daytime and nighttime,” he said.

At first it was one patient that was experiencing jaw pain mentioning to Arman that the election was stressing them out. That prompted him to ask many of his patients if the upcoming election was contributing to their anxiety and stress levels.

“I kept it pretty general and asked if there was anything else going on other than COVID or a job. A lot of them would respond ‘Now that I think about it the upcoming election is really weighing down on me.’”

Americans are also delaying routine visits to the dentists

Back in March and April, dentists across the country were forced to postpone elective and routine procedures due to state restrictions that prevented dentists and other medical professionals from seeing patients in person for non-emergency reasons.

Once those restrictions were lifted, some patients continued to push off their appointments until excruciating pain left them with no choice.

“People are dealing with job loss and sometimes family members have died and oral health is not necessarily their priority,” Nalliah told MarketWatch. Now most of the patients he has seen require urgent treatment, which means he cannot devote as much time to patients experiencing minor problems.

Arman can relate, he said: “We really had a backlog of patients coming in for latent pain that wasn’t being managed.”

Cutting back on routine dental visits can have other serious ramifications. Sollecito said missed visits prevented him from evaluating several patients for precancerous or cancerous oral lesions.

Some 30 to 40 million Americans, or more than 10% of the U.S. population, experience bruxism at some point during the day or night, according to Colgate.

For some people, bruxism is a side effect of medications they take, such as antidepressants, but it can also be genetic, said Drangsholt. Often people can go about their lives without experiencing pain from bruxism, but it could cause problems down the road.

“The No. 1 thing I found, from my years of experience, is that we just tell people, that it is not normal to have your bottom and top teeth touching a lot,” Drangsholt told MarketWatch.

There are even apps such as BruxApp and GrindAlert that can help notify users if they’re grinding their teeth by recording sounds throughout the day and night. BruxApp also provides users with relaxation exercises to reduce jaw tension.

Sollecito has often recommended meditation and physical exercise to help reduce stress. But if patients continue to experience tension in the temples or side of their heads or your jaw muscles feel tight, that’s the time to call your dentist.