Home Business U.S. doubles down on protecting university research from China By Reuters 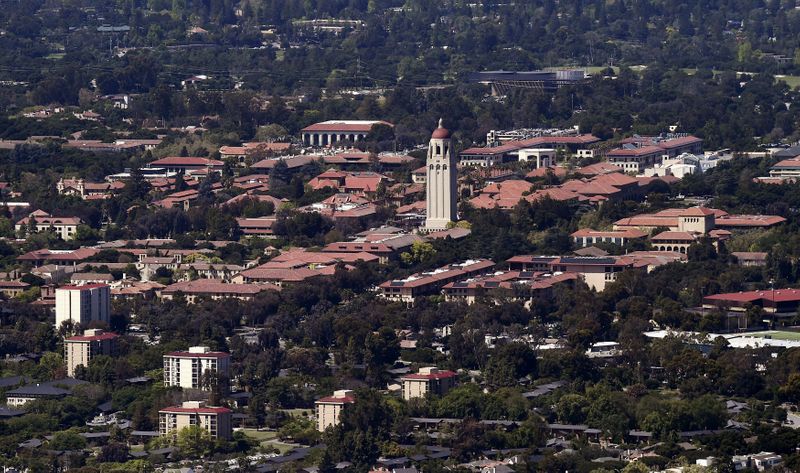 OAKLAND, Calif./WASHINGTON (Reuters) – A U.S. national security commission is recommending that American universities take steps to prevent sensitive technology from being stolen by the Chinese military, a sign of growing concerns over the security of academic research.

The National Security Commission on Artificial Intelligence (NSCAI), led by former Google (NASDAQ:) chairman Eric Schmidt, is set to vote Monday on its final report to Congress. A new section on university research was added to a recently published final draft, which also features numerous recommendations in areas including competition in artificial intelligence and the semiconductor supply chain.

The fresh recommendations come as the United States pushes ahead with the prosecution of at least five Chinese researchers arrested last year in various cities across the U.S. on charges of visa fraud for not disclosing ties to the Chinese military.

Among those arrested was Chen Song, a former Stanford University visiting scholar in neurology who faces charges including obstruction of justice, destruction of records, and making false statements to a government agency. She pleaded not guilty at an arraignment last week in the United States District Court Northern District of California.

“Dr. Song is a physician. She was here to do medical research that would have benefited stroke victims in the United States had she been allowed to complete her work,” her lawyer, Ed Swanson, said in an e-mail.

Stanford, UCSF, and UC Davis all said they are cooperating with the authorities on the investigations. University of Indiana did not reply to request for comment and UCLA was not immediately available.

China has denied allegations it was trying to steal U.S. research.

The cases are part of the U.S. Department of Justice’s so-called “China initiative” launched in 2018 to counter China’s national security threats.

The NSCAI recommendations would require more disclosure on research funding and partnerships at universities. It also proposes creating a database of individuals and entities to flag risks in advance.

Gilman Louie, a Silicon Valley venture capitalist and NSCAI commissioner, said a database could help avoid unilateral bans based on affiliations and instead allow the U.S. to judge individual cases. Louie said the commission wanted to avoid a “sledgehammer approach.”

The lack of guidance so far has meant that some nervous university presidents have kept Chinese nationals away from any research projects, said Louie. “That somebody simply looks at you and determines because you’re ethnically Chinese that you can no longer be trusted on programs in the US, that’s a big issue with me.”

Tobin Smith, vice president for science policy and global affairs at the Association of American Universities said universities have struggled with assessing risk and welcomed the blueprint.

“The issue is most of the time universities don’t have the resources to be aware that something’s been stolen from them until it becomes a national security issue and it’s a front page headline somewhere,” said Jason Jardine a patent lawyer at Knobbe Martens Olson & Bear who works with universities on patent theft.

Emily Weinstein, an analyst at Georgetown University’s Center for Security and Emerging Technology, said the challenge will be to define which Chinese entities are defense-affiliated. While some universities in China are clearly tied to the military, the links aren’t always clear-cut.

“On paper, these measures seem fine,” said Qiaojing Ella Zheng, a partner at Sanford Heisler Sharp (OTC:) who is also president of the Chinese American Lawyers of the Bay Area. “The problem always occurs during the implementation and enforcement. The entire Asian American community here in the U.S. and abroad will be watching closely how this action plan unfolds in practice.”