Home Business U.S. says any approach to North Korea will have to be in... 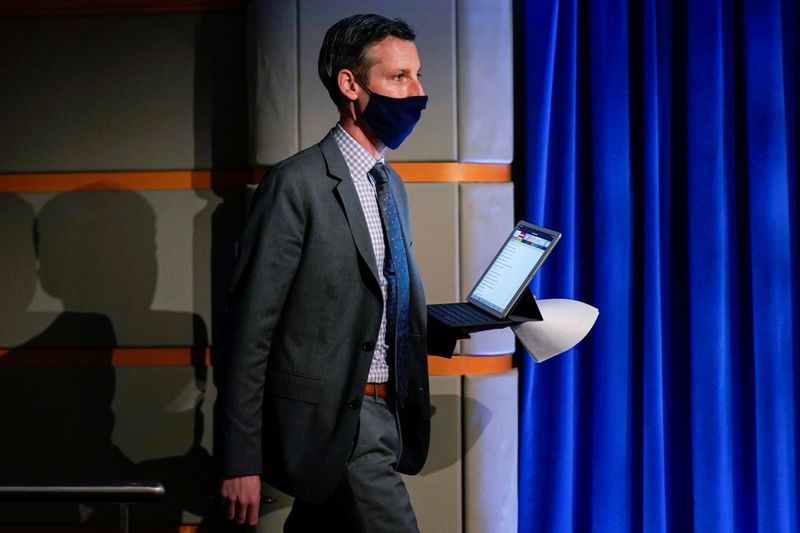 WASHINGTON (Reuters) -Denuclearization will remain at the center of U.S. policy toward North Korea and any approach to Pyongyang will have to be done in “lockstep” with close allies, including Japan and South Korea, U.S. State Department spokesman Ned Price said on Thursday.

Price made the comments at a regular briefing ahead of a meeting on Friday between U.S. national security adviser Jake Sullivan and his counterparts from Japan and South Korea as the Biden administration concludes a review of its policy towards North Korea.

“I wouldn’t want to prejudge the conclusion of any ongoing review, but we have said that denuclearization will remain at the center of American policy towards North Korea,” Price said.

“We also know that any approach to North Korea, in order to be effective, will be one that we will have to execute in lockstep with our close allies, including in this case, our treaty allies, Japan and South Korea,” he said.

Sullivan is to meet his Japanese counterpart Shigeru Kitamura and South Korea counterpart Suh Hoon at the U.S. Naval Academy in Annapolis on Friday.

The Biden administration has been simultaneously signaling a hard line on human rights, denuclearization and sanctions in its North Korea policy, while making diplomatic overtures that administration officials say have been rebuffed by Pyongyang.

U.S. President Joe Biden said on Thursday of last week the United States remained open to diplomacy with North Korea despite its ballistic missile tests earlier that week, but warned there would be responses if North Korea escalates matters.

Biden does not intend to meet with North Korean leader Kim Jong Un, the White House said on Monday when asked if he planned to follow the lead of former President Donald Trump, who met Kim three times but failed to persuade him to give up his nuclear weapons.

Pyongyang said the Biden administration had taken a wrong first step and revealed “deep-seated hostility” by criticizing what it called a self-defensive missile test.