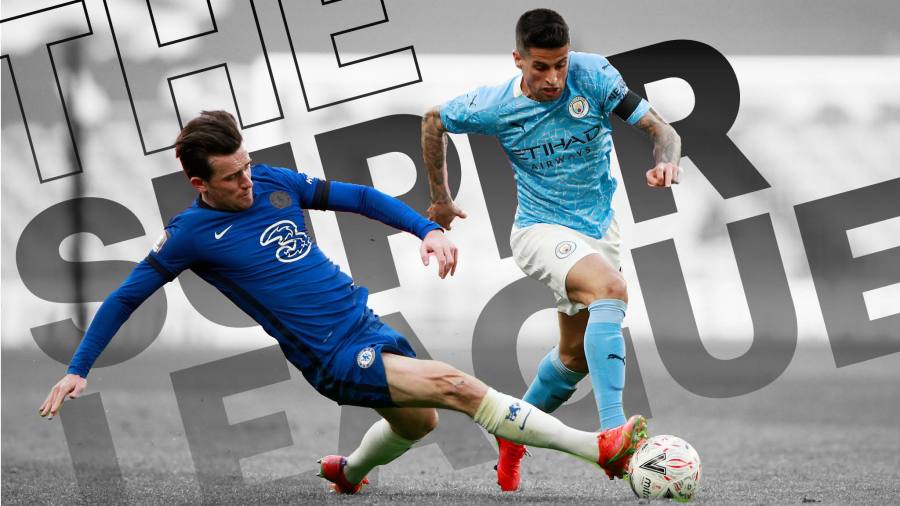 When the head of Uefa heard on Saturday that many of the world’s most famous football clubs were on the verge of announcing a radical plan to join a breakaway “Super League” that would upend the sport, he knew who to ask.

“[Agnelli] said these are only rumours and then he said I’ll call you in one hour,” Ceferin told a press conference on Monday. “He turned off his phone. The next day, we get the announcement.”

That announcement late on Sunday — with Agnelli named as a vice-chair of the Super League — has rocked global football, shaken fans and prompted outrage from heads of government from the UK to France.

Twelve of the wealthiest clubs including England’s Manchester United and Liverpool, Spain’s Real Madrid and FC Barcelona, and Italy’s Juventus and AC Milan declared they would join a new continental contest, one they alone would control as shareholders and in which they are guaranteed a place each season.

If successful, it would amount to the biggest transformation of how football is organised in decades, and mark a seismic shift in the allocation of money and power in the world’s favourite sport.

Its design breaks from the sport’s meritocratic principles, a football “pyramid” in which any team, through strong performances on the pitch, can clamber up and reach for the biggest prizes.

The aim is to supersede the Champions League, an annual club tournament run by Uefa that is considered by fans, commentators and players as the pinnacle of the European game. Teams must perform well in their respective national contests, such as England’s Premier League and Spain’s La Liga, to qualify for Uefa competitions.

The Super League’s adherents believe that more frequent matches between each other will provide a global television spectacle worth upwards of €4bn a year from broadcasters and sponsors — roughly double the amount earned by the Champions League.

As the deal was unveiled — in the face of fierce criticism from politicians, fans groups and commentators — Agnelli abruptly resigned as chair of the European Club Association, a body that presents the interests of 200 clubs across the continent, as well as his seat on Uefa’s ruling executive committee.

Instead, as a Super League vice-chair, he said in a statement: “We have come together at this critical moment, enabling European competition to be transformed, putting the game we love on a sustainable footing for the long-term future.”

Ceferin denounced the plan as an attempt to create a “closed shop run by a greedy, select few” but directed particular ire towards Agnelli, who in recent months had been negotiating a joint venture deal with Uefa to give elite teams more commercial control over the Champions League.

Ceferin said: “I’ve never seen a person who would lie so many times, so persistently [as] he did. It was unbelievable.”

A representative for Agnelli declined to comment except to confirm that the two men did not speak on Sunday.

The fact that Ceferin was so blindsided shows how Uefa failed to understand the seriousness of the threat until it was too late. The Super League announcement was timed to derail the governing body’s unveiling of radical changes to the Champions League on Monday.

The concept has its origins in plans similar to those proposed by former AC Milan owner and Italian prime minister Silvio Berlusconi in 1998.

The Super League in numbers

This time, however, the plan is being spearheaded by Florentino Pérez, a Spanish industrial mogul who is the president of Real Madrid and has talked openly about the need for such a league for more than a decade.

Detailed term sheets had been shared between founder clubs since November. One of those documents, dictated to the Financial Times, reads: “the Super League will be structured, operated and governed so the Super League clubs can be financially sustainable over the long term, helping to ensure that Super League clubs can not only deliver the best product on the pitch but also deliver off the pitch and in the best interests of their full range of external stakeholders (eg. investors, shareholders, partners, members etc).”

A person involved in the talks said: “I read [that passage] again today, and thought, where the fuck are the fans on this?”

Supporters groups have condemned the plans in the strongest terms. Fans outside Manchester United’s Old Trafford stadium unfurled a banner which read: “created by the poor, stolen by the rich”.

One of the concerns for elite clubs is the increasingly dire state of their balance sheets because of the pandemic.

An FT analysis suggests that the Super League clubs have collectively suffered a coronavirus-induced revenue shortfall of about €800m, though this figure does not include Liverpool which has not reported financials for the 2019/20 season.

That gap will partly be filled by funding from JPMorgan Chase, which has committed to underwriting a debt financing deal in the form of a €3.25bn “infrastructure grant”. The money will be shared as an “advance”, worth €200m-€300m for each team well before any competition begins, said people familiar with the deal terms.

However, €400m a season will be allocated as “solidarity” payments to smaller clubs, other competitions and football bodies in an effort to sustain the broader football pyramid.

Another key attraction is the introduction of new cost control mechanisms.

Super League clubs have committed to spending only 55 per cent of their revenues on “sport spending”, such as player salaries, transfer and agent fees, according to people familiar with the terms. Currently, European clubs typically spend 70-80 per cent of their income on footballers’ wages alone.

The competition’s structure would resemble that of “closed” North American sports leagues, where franchise owners enjoy reliable profits and team valuations have risen steadily over time.

That model has proved lucrative to many billionaire US backers of the Super League. This includes: John W. Henry who owns Liverpool and baseball’s Boston Red Sox; the Florida-based Glazer family that owns the NFL’s Tampa Bay Buccaneers and Manchester United; and Stan Kroenke own several US sports franchises such as Los Angeles Rams, as well as Arsenal.

Scoreboard is the Financial Times’ new must-read weekly briefing on the business of sport, where you’ll find the best analysis of financial issues affecting clubs, franchises, owners, investors and media groups across the global industry. Sign up here.

Uefa is considering sanctions, such as banning players at Super league clubs from competing for their national teams in tournaments such as the World Cup.

As Super League clubs will seek to continue to play in their respective national league contests at weekends, they will also need the approval of groups such as England’s Premier League and Spain’s La Liga to do so. The 14 English top tier clubs not involved in the Super League will meet to discuss their options to prevent the breakaway on Tuesday, said a person with knowledge of the meeting.

Faced with growing resistance, the Super League clubs have written to Uefa and Fifa threatening to take legal action if they attempt to block their new competition. Those behind the deal are confident there is little football or government authorities can do to stop their plan reaching fruition.

Though the breakaway league has raised questions about anti-competitive behaviour, the European Commission said any legal disputes would be “best handled” by national courts rather than the EU.

Brussels has shown a reluctance to get involved in sports governance disputes, particularly when breakaway leagues and regulators have both launched antitrust cases against each other.

Regardless of these ominous precedents, Ceferin vowed a prolonged fight against the Super League.

“I can’t understand that you see fans protesting and you don’t care,” he said of the rebel clubs. “And you’re not poor. You have money, but you want more and more and more. I am sick of hearing about clubs as assets. This is about history.”